STEPHENSON HUMPHRIES-BROOKS is Associate Professor of Religious Studies at Hamilton College, where he teaches courses in film, religion, and popular culture. He has been interviewed frequently on the subject of Jesus in film for outlets including the New York Times and NPR. He has also contributed to a number of edited collections. 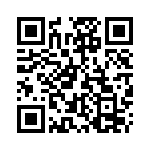