Bernardo De Urquidi Gonzalez was born in 1989 in Monterrey Mexico. His parents were the head of a charismatic Catholic movement and raised him to become a priest. When Bernardo was a little boy he daydreamed of going to China to preach and to be martyred at the hands of the communist. He and his brothers slept on top of legos to feel pain and offer it as a sacrifice to god. When Bernardo was 14 years old he entered the seminary of the Legionaries of Christ, where he tried to be the best seminarian possible and strived to be a saint. After starting to question some of the proceedings of the Legion of Christ and the Church, Bernardo was prohibited from reading anything but the bible. He read the Bible from beginning to end and by doing so, lost his faith in god.

Losing his faith in God meant losing his reason to live and his view of what the world and life are. After this Bernardo battled between reentering society, trying to be what he considered a normal teenager should be, and his existential angst. He soon fell into a nihilistic state of mind which he battled with the study of philosophy combined with parties and as much action, adventure, and life as he could handle.

In his efforts to reintegrate into society and to become a normal person, Bernardo started studying engineering, but after two years he finally accepted that he was not going to feel contempt, realized or happy if he continued to decide what to do with his life based on his concept of what a normal person should be. Bernardo left engineering school and, with the idea of becoming an artist and filmmaker he went to Mexico City.

After struggling for a couple of years Bernardo managed to start an independent film production company and to direct and produce his first low budget feature film. The movie was presented in various independent film festivals in Mexico, LATAM, and the USA. To earn a living Bernardo worked in the advertisement industry while developing more projects and films. While doing so he was always reading and writing his own philosophical thoughts and trying to have a positive impact in the world. He worked with a couple of politicians until he realized they were utterly corrupt, and with a couple of NGOs until he realized that they were trying to alleviate the symptoms of the problems we face not the cause of the problems themselves.

After 9 years in the independent film industry, with 3 feature films, many shorts, advertisements, and a web series produced by him, Bernardo still felt something was missing in his life. He attributed this to a lack of financing for his projects, to the moderate success he was having, and to his nihilistic tendency.

In September 2017 Mexico suffered a tremendous earthquake, Bernardo enlisted as a volunteer chauffeur to drive doctors and architects around the small towns near Mexico City that had been hard hit by the earthquake. In one of these towns, they found a couple of houses made form dirt and sticks, not adobe, but regular dirt. The roof of one of these dirt houses was a plastic canvas of a political campaign. Inside this dirt house, you could look up and see the face of a politician and the word “HOPE” printed on the publicity canvas. This was the last straw for Bernardo and after a couple of months of reflection, he closed his production company and decided to dedicate his life to write and to be an activist for social justice, equality, freedom, and ecology.

For the next two years and a half, Bernardo investigated, read, though, analyzed wrote, and traveled. After this time he finished two books, one about politics and one about economics; which contain a critique of the current political and economic systems and a proposal of a new social organization system. Right now Bernardo is working on the Cooperative NGO: We Just Coop where he is developing projects to fight for social justice, freedom, democracy and the protection of the environment. 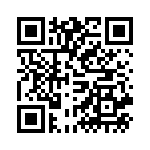