Good book. James Hogan's books are slow moving but interesting. He creates mysteries which slowly unfold for the reader. The characters are realistic but their interaction is often boring. The desire ... Leer comentario completo

I did like this. This is Hard Science Fiction with a capital H and S. It's strength and its weakness. It can be dry at times--the writing style is pretty creaky--as one review notes filled with "As ... Leer comentario completo

James P. Hogan was born in London on June 27, 1941. He left school at the age of sixteen and eventually began an intensive, broad-based five-year program at the Royal Aircraft Establishment covering the practical and theoretical sides of electrical, electronic, and mechanical engineering. He worked as a design engineer for several companies before moving to sales. He started writing science fiction books in the 1970s and became a full-time writer in 1979. He wrote 30 fiction and non-fiction books during his lifetime including Inherit the Stars, Voyage from Yesteryear, and Kicking the Sacred Cow. He won three Seiun-sho awards, which were voted for by Japanese science fiction fans. He died suddenly on July 12, 2010 at the age of 69. 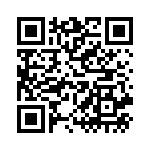