Iraq: the logic of withdrawal

Arnove (Iraq Under Siege ) urges immediate withdrawal of U.S. forces from Iraq to end the suffering of the Iraqis and prevent future casualties. He counters the view that it would be more dangerous for the United States to leave Iraq too soon and feels that America cannot win this war. Leer comentario completo

Anthony Arnove is the editor of Iraq Under Siege and co-editor, with Howard Zinn, of Voices of a People's History of the United States. His writing has appeared in the Financial Times, The Nation, Mother Jones, Monthly Review, Le Nouvel Observateur, Z Magazine, and other publications. He lives in Brooklyn, New York. 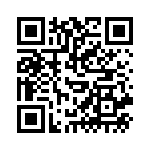