Grant Morrison is a Scottish writer, known for being one of the most innovative and groundbreaking creators ever in the comics medium. His careers spans over two decades, in which many of his most notable and critically acclaimed works have come from DC Comics and Vertigo. After his work in the 80s on 2000 AD in the United Kingdom, Morrison moved onto DC's ANIMAL MAN, followed up by original graphic novel BATMAN: ARKHAM ASYLUM, THE INVISIBLES, DOOM PATROL and a award-winning run on DC's superteam JLA. Other critically acclaimed projects include FINAL CRISIS, BATMAN R.I.P., SEVEN SOLDIERS OF VICTORY, WE3, BATMAN & ROBIN, BATMAN, INC., ALL-STAR SUPERMAN and JOE THE BARBARIAN. He is currently writing SUPERMAN: ACTION COMICS as a part of DC COMICS - THE NEW 52. 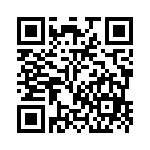