Relationship counselor, pastor, and author Gary Chapman graduated from Moody Bible Institute, received a B.A. and M.A. in Anthropology from Wheaton College and Wake Forest University respectively, completed graduate work in education at Duke University and the University of North Carolina, and earned his Ph.D. in Adult Education and Master's of Religious Education from Southwestern Baptist Theological Seminary. Chapman has discussed his five love language theory in numerous books and video programs, and he has also written many works of guidance on the topics of marriage, parenting, and in-law relationships. The director of Marriage and Family Life Consultants, Inc., Chapman has also been the senior associate pastor at Winston-Salem, North Carolina's Calvary Baptist Church since 1971. He has spoken internationally and domestically on relationships and received the Platinum Book Award from the Evangelical Publishers Association for The Five Love Languages. He also made The New York Times Best Seller List with The Five Love Languages of Children in 2015. 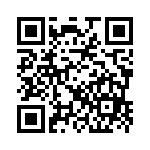