John Doerr joined Kleiner Perkins Caufield & Byers in 1980 and has since backed some of the world's most successful entrepreneurs and companies, such as Google, Zynga and Amazon. John serves on the boards of Google, Zynga and Amyris. He also led KPCB's investment in Twitter. He is a member of the American Academy of Arts and Sciences, and a member of U.S. President Barack Obama's Council on Jobs and Competitiveness. He has 247K followers on Twitter. His TED Talk on greentech has 685K views.

Kris Duggan is a serial entrepreneur who has generated tens of millions in funding for his innovative companies. Although his company BetterWorks was founded recently, it will count more than 25% of the Fortune 500 as customers (including CVS, Kroger, and IBM) within the next few years. Duggan and BetterWorks have been featured in more than two dozen high-profile media outlets including The New York Times, the Wall Street Journal and Fast Company, and were recently named a Top Culture Company by Entrepreneur.com. 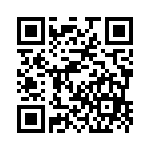