DANIEL LEONARD BERNARDI is professor and chair of the Cinema Department at San Francisco State University. He is the author of Star Trek and History: Race-ing Toward a White Future and the editor of Filming Difference: Actors, Directors, Producers and Writers on Gender, Race and Sexuality in Film, among several other books. His research explores the representation and narration of cultural difference, including race, gender, and sexuality, in media and popular culture.

PAULINE HOPE CHEONG is an associate professor of communication at the Hugh Downs School of Human Communication at Arizona State University. She has published widely on communication technologies, culture, and religion in leading journals and is lead coeditor of Digital Religion, Social Media and Culture: Perspectives, Practices, Futures as well as New Media and Intercultural Communication: Identity, Community and Politics.

CHRIS LUNDRY is an assistant research professor at the Consortium for Strategic Communication in the Hugh Downs School of Human Communication at Arizona State University. He has published in edited volumes and journals, including American Behavioral  Scientist and Inside Indonesia.

SCOTT W. RUSTON is an assistant research professor at the Hugh Downs School of Human Communication where he specializes in narrative theory and media studies. He has published in such journals as Storyworlds: A Journal of Narrative Studies and The International Journal of Technology and Human Interaction. 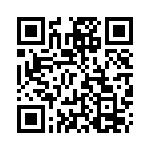