PREPARING FOR THE TWENTY-FIRST CENTURY

After reading this gloomy exercise in futurology, even the most cockeyed optimists will feel justified in hiding under their bedcovers as the turn of the century approaches. Kennedy (History/Yale Univ ... Leer comentario completo

One of the great gifts of Paul Kennedy is perspective. He takes you up and lets you look at things from a distance, putting them in perspective. So it was with great anticipation that I read this book ... Leer comentario completo

Paul Kennedy is the author or editor of thirteen books, including "Preparing for the Twenty-first Century" and T"he Rise and Fall of the Great Powers," which has been translated into more than twenty languages. He serves on the editorial board of numerous scholarly journals and has written for "The New York Times," "Los Angeles Times," "The Atlantic Monthly," and several other publications. Educated at Newcastle University and Oxford University, he is a former fellow of the Institute for Advanced Studies at Princeton University and of the Alexander von Humboldt-Stiftung in Bonn.

The American Pageant" has long enjoyed a reputation as one of the most accessible, popular, and effective textbooks in the field of American history. Its authors, Thomas A. Bailey and David M. Kennedy, now joined by Lizabeth Cohen, have sustained and enhanced the key features that strongly distinguish the "Pageant" from other American history textbooks and make it both appealing and useful to countless students: clarity, concreteness, a consistent chronological narrative, strong emphasis on major themes, avoidance of clutter, access to a variety of interpretive perspectives, and a colorful writing style leavened, as appropriate, with wit. 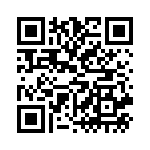