Steven E. Landsburg teaches economics at the University of Rochester. He is the author of six books, including The Armchair Economist (Free Press/Macmillan 1993). His articles have appeared in the Journal of Political Economy, the Journal of Economic Theory, and many other mathematics, economics and philosophy journals. He writes the monthly "Everyday Economics" column in Slate magazine, and has written for Forbes, the New York Times, the Wall Street Journal and the Washington Post. He appeared as a commentator on the PBS/Turner Broadcasting series "Damn Right," and has made over 200 radio and television appearances. He has served on the board of directors of Hutchinson Technology, the world's largest maker of suspension assemblies for hard disk drives. For more information about Professor Landsburg visit http://www.landsburg.com/about2.html. 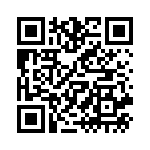