A fascinating chronicle about a memorable but grim period of Byzantine history. There is triumph and a tremendous amount of tragedy. The reign of Herakleios is generally triumphant but the mood swings ... Leer comentario completo

I enjoyed reading this book. It is an example of what was available to the earnest Byzantine hoping to write the history of his state. while Mr. Turtledove has committed a good many pot-boilers to the ... Leer comentario completo

Harry Turtledove has taught at the University of California, Los Angeles, and at California State University at Fullerton. He is a prolific novelist who has written historical fiction, fantasy, and science fiction. 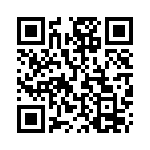