Hayek is a good thinker but lousy writer. The writing is entirely unengaging. Fortunately, the book is a short 150 +/- pages. This book's redeeming value is that Hayek's arguments are well-formulated ... Leer comentario completo

The central themes of this book are those of cultural evolution and the inability of centralized economies to make economic calculations without a price system to harness diffuse knowledge. It is the ... Leer comentario completo

F. A. Hayek (1899-1992), recipient of the Medal of Freedom in 1991 and co-winner of the Nobel Memorial Prize in Economics in 1974, was a pioneer in monetary theory and a leading proponent of classical liberalism  in the twentieth century. He taught at the University of London, the University of Chicago, and the University of Freiburg. 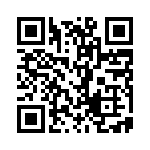