Hind sight is much easier than foresight, so I tried to read beyond that and current political views, and enjoyed at least the first ˝ to 2/3rds of the book very much. He makes a valiant and worthy ... Leer comentario completo

THE FUTURE OF FREEDOM: Illiberal Democracy at Home and Abroad

The problem with democracy is that it lets just about everyone have a say.Or so would go an inelegant rendition of Newsweek International editor Zakaria's more sophisticated argument, which is akin to ... Leer comentario completo

Página 17 - West, democracy has meant liberal democracy — a political system marked not only by free and fair elections, but also by the rule of law, a separation of powers, and the protection of basic liberties of speech, assembly, religion, and property.
Aparece en 14 libros desde 2000-2007
Página 7 - As they approached the Sirens' island, the sea was calm, and over the waters came the notes of music so ravishing and attractive that Ulysses struggled to get loose and, by cries and signs to his people, begged to be released; but they, obedient to his previous orders, sprang forward and bound him still faster. They held on their course, and the music grew fainter till it ceased to be heard, when with joy Ulysses gave his companions the signal to unseal their ears, and they relieved him from his...
Aparece en 28 libros desde 1855-2007
Más
Página 7 - ... forgotten his native land, and to have reconciled himself to an inglorious life of ease and pleasure. At length his companions recalled him to nobler sentiments, and he received their admonition gratefully. Circe aided their departure, and instructed them how to pass safely by the coast of the Sirens. The Sirens were seanymphs who had the power of charming by their song all who heard them, so that the unhappy mariners were irresistibly impelled to cast themselves into the sea to their destruction.
Aparece en 14 libros desde 1872-2006
Página 19 - To have democracy mean, subjectively, "a good government" renders it analytically useless. Constitutional liberalism, on the other hand, is not about the procedures for selecting government, but rather government's goals. It refers to the tradition, deep in Western history, that seeks to protect an individual's autonomy and dignity against coercion, whatever the source — state, church, or society. The term marries two closely connected ideas. It is liberal because it draws on the philosophical...
Aparece en 6 libros desde 2000-2007
Página 26 - America! America! God shed His grace on thee And crown thy good with brotherhood From sea to shining sea! O beautiful for pilgrim feet, Whose stern, impassioned stress A thoroughfare for freedom beat Across the wilderness! America! America! God mend thine every flaw, Confirm thy soul in self-control, Thy liberty in law!
Aparece en 219 libros desde 1881-2008
Menos

Fareed Zakaria is the host of CNN's flagship international affairs show, Fareed Zakaria GPS, as well as weekly columnist for the Washington Post, and the best-selling author of The Post-American World and The Future of Freedom. 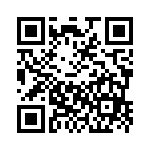