It's like a riot policeman seeing the school bully and then kicking the living shit out of him until he's a wet splotch on the ground and proceeding to make several straw representations of the bully ... Leer comentario completo

Eric
Great book. Nothing I don't already know from following Jonah on NRO and Twitter but what a great book regardless. Great job, buddy!

Jonah Goldberg’s first book, Liberal Fascism, was a number one New York Times bestseller. He is a fellow at the American Enterprise Institute and the founding editor of National Review Online. He is also a Los Angeles Times columnist, a Fox News contributor, and a member of the board of contributors at USA Today. The Atlantic named him one of America’s fifty most influential commentators. He lives with his family in Washington, DC. 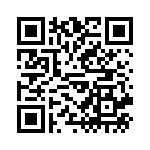