John Brown was first and foremost a religious warrior, a Christian jihadist, committed to the duality of spiritual and military struggle. Decaro gets this, and helpfully focuses on the fine religious ... Leer comentario completo

"Fire from the midst of you": a religious life of John Brown

When abolitionist martyr John Brown led an armed raid on Harper's Ferry, VA, in October 1859, he helped set the stage for the American Civil War. Yet as pastor and educator DeCaro points out, Brown ... Leer comentario completo

Louis A. DeCaro, Jr., is Associate Professor of Church History at Alliance Theological Seminary, and is the author of “Fire from the Midst of You”: A Religious Life of John Brown and Freedom’s Dawn: The Last Days of John Brown in Virginia. 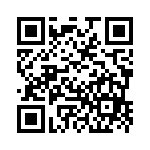