Página 88
The Women's History of the World46 Academic feminism often equates
mistresses, concubines, and polygyny* (a man having more than one wife) with
male dominance. Once we understand the Immortality Rule, though, we can
move to a ...
Página 89
Christ's wives would not have been celibate if polygyny's primary purpose was
the satisfaction of male sexual desires. Polygyny's primary purpose was female
protection by the best male saviors. Christ, then, is the superhuman male role ...
Página 440
... 119 women as, 13 politeness, subservience vs., 38-39 political parties,
women's dependence and, 345-47 polygamy, 88n polygyny, 83, 86, 88-89
Christianity and, 88-89 polyvinylchloride (PVC), 113 poor men, 32, 88, 188
military service of, ... 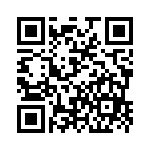