John Milton (1608-1674) was an English poet, polemicist, and civil servant for the Commonwealth of England. He is best known for his epic poem Paradise Lost. He was a scholarly man of letters, a polemical writer, and an official serving under Oliver Cromwell. He wrote at a time of religious flux and political upheaval in England, and his poetry and prose reflect deep convictions and deal with contemporary issues, such as his treatise condemning licensing, Areopagitica. As well as English, he wrote in Latin and Italian, and had an international reputation during his lifetime. After his death, Milton's critical reception oscillated, a state of affairs that continued through the centuries. At an early stage he became the subject of partisan biographies, such as that of John Toland from the nonconformist perspective, and a hostile account by Anthony ŕ Wood. Samuel Johnson wrote unfavourably of his politics as those of "an acrimonious and surly republican"; but praised Paradise Lost "a poem which, considered with respect to design may claim the first place, and with respect to performance, the second, among the productions of the human mind". William Hayley's 1796 biography called him the "greatest English author". He remains generally regarded "as one of the preeminent writers in the English language and as a thinker of world importance. 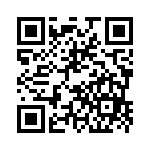