Página 331
the dowser as he walks will do the trick too . Recently I looked out ... He kept
walking around to no avail , and I began mentally to estimate the cost he and his
truck and the two fellows were penalizing the taxpayers . Seeing at last that he
wasn ...
Página 370
But I ain ' t done nothing , white folks , ain ' t done a thing , " said the colored man ,
and he backed away a couple of steps more . “ Don ' t white - folks me ! ” the
engineer squealed . He flung the oil can behind him , snatched the heavy
walking ...
Página 616
Well sir , old man Fitchett had a heavy walking stick with a piece of iron on it . He
used it when he walked about to be sure to keep any bothersome dogs off of him
. He was always scared of mad dogs . So he had fixed up this walking stick ...

Born on a North Carolina farm, Green studied philosophy at the University of North Carolina. He began to write plays as a freshman under the guidance of Frederic Koch, whose Carolina playmakers staged Green's first works. An important regional dramatist, Green portrays the plight of black and white oppressed Southerners of both the old South and the new. His dramas feature interpolations of folk songs along with authentic North Carolina dialect. Among Green's finest achievements are The House of Connelly (1931) and Johnny Johnson (1936). John Gassner described the first as "the most poignant drama of the postbellum South" and the second as "the most imaginative and affecting antiwar full-length play in the American Theatre." Abraham's Bosom (1926) shows the failure of a mulatto to achieve status. This later work, performed by the Provincetown Players in New York City, won the Pulitzer Prize for drama in 1926. Green is also largely responsible for the development of pageants or symphonic dramas, as he terms them, the only dramatic writing he did after 1936. The Lost Colony (1937) was his first outdoor drama and was written to commemorate the three hundred fiftieth anniversary of Raleigh's colony at Roanoke, Virginia. It has been performed with a cast of 150 every summer since. Other popular Green pageants, derived from the life and history of the people or single individuals from a particular locale, are The Common Glory (1948) and The Stephen Foster Story (1959). 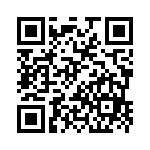