Richard Coyne is Professor and Chair of Architectural Computing at the University of Edinburgh. He is the author of four other books published by the MIT Press, including The Tuning of Place: Sociable Spaces and Pervasive Digital Media. 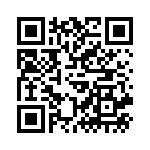