Página 59
His poem ends where L ' Allegro ' s began — in early morning . But the morning
he prefers is not one of brilliant sunlight . “ Hide me from Day ' s garish eye , ” he
says . His is an early morning of wind and rain ushered with a shower still When ...
Página 141
One other early English sonnet remains , Sonnet I on the nightingale ,
conventional and imitative enough of the Italians , which , some critics suggest ,
may have been intended as an introduction to the five Italian sonnets and a
canzone , which ...
Página 181
In the first three drafts we notice more allegorial than real figures : Wisdom ,
Justice , Mercy , Conscience , Sickness , Death and others , suggest the kind of
masquefigures in which Milton showed interest in his early poems . Perhaps
some ... 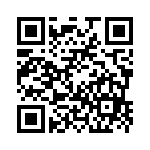