Página 26
In order to appease was no doubt that one would take place . public feeling , they sent Ferdinand Lesseps , Things being in this state , the French min a moderate republican , to Rome , to report as istry introduced into the assembly a ...
Página 47
Postmasters was to be totally abolished , although petitions receive one cent for every letter or packet receivmight be sent free by mail . $ 750,000 were pro- vessel beyond sea , or from any port to another in posed to be voted for ...
Página 48
Newspapers may be J. A. Rockwell , of Ct . , moved the House , Jan. sent in transit through the United States , and also through Great Britain , to or from foreign coun- 31 , to introduce a proviso against naval rations tries , & c . 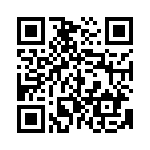