Página 39
gone, the angels appeared to the women who were left, and delivered the
message to the disciples, and they returned toward the city to deliver it. As they
were thus returning, Mary Magdalene, with Peter and John, came to the grave,
and the ...
Página 40
In reply to this question of the angels, she said. "They have taken away my Lord,
and I know not where they have laid him." Hearing at this instant a step behind
her, she partly turned around and saw some one, whom, with her eyes blinded ...
Página 284
And ought not the presence of angels to have the same effect ? When we sit in
our lonely dwelling or walk in the pathway of sorrow, ought not angelic presences
to cheer and brighten our souls ? When we are tempted to sin, ought not the ... 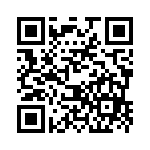