Kate Douglas Wiggin was born Sept. 28, 1856, in Philadelphia, Pennsylvania. Wiggin attended a district school in Philadelphia and for short periods the Gorham Female Seminary in Maine, the Morison Academy in Maryland, and the Abbott Academy in Massachusetts. In 1873 she moved with her family to California. In San Francisco, in 1877, after the death of her stepfather, Kate became involved in the "free kindergarten" movement after attending a kindergarten training class at the Pacific Model Training School for Kindergartners. She opened the first free kindergarten in California, Silver Street Free Kindergarten, and worked there until the late 1880's. Wiggin organized the first free kindergartens on the Pacific coast in 1878 and with her sister established a training school for kindergarten teachers. Kate wrote and privately published her first book, The Birds' Christmas Carol, in order to raise money for her school in San Francisco. The book helped Kate begin her career in publishing, translation, and travel. As part of her teaching career she wrote The Story of Patsy, published in 1883. The most popular among her many later works for children were The Birdsż Christmas Carol published in 1887, Timothyżs Quest published in 1890, Rebecca of Sunnybrook Farm published in 1903, and Mother Careyżs Chickens published in 1911. Wiggin is best known for Rebecca of Sunnybrook Farm which was later made into a film starring Shirley Temple. Other works include The Diary of a Goose Girl, Rose O' the River, The Flag-Raising, The Old Peabody Pew, and books of the Penelope series, including Penelope's English Experiences, Penelope's Experiences in Scotland, Penelope's Irish Experiences, and Penelope's Postscripts. In 1904, Bowdoin College presented Wiggin with an honorary degree, only the second such degree the College had ever granted to a woman. Kate Wiggin died on August 24th, 1923 at Harrow, Middlesex, England. 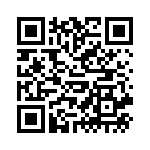