Back to a golden age!
People who have looked for stories in the Bible and did not find exactly what they have seen in the movies might remember a professor at Faber College in the movie:
National Lampoon's Animal House
saying that Milton was long-winded and boring, but students needed to hand in their reports anyway. He ended his plea with:
Take me seriously; this is my job!
In Paradise Regained, Satan offers Christ glory as a form of temptation, but Jesus refused to serve Satan. Jesus even complained that Satan offers the nations lies, delusions. Jesus and Milton were a long time ago, but the book at the end of the Bible names a common problem:
All the nations have been intoxicated . . . and every merchant has become rich through her debauchery. (Revelation 18:3.)
Milton wrote a defense of the English people after Salmasius condemned them for cutting off the head of King Charles I. John Milton knew enough languages to serve as foreign secretary for Parliament when the king and Parliament were at war with each other. As people age, it is easier to regress to the comforts taught in early childhood than to try to maintain the antagonisms which destroy societies that tend to be wiped out by the wealthy. By having a Satan offer Jesus the riches and power of turning stones into bread and ruling the kingdoms of the earth, Milton gives Jesus a chance to deny the aims of this world.
I find it difficult to read Milton unless I am looking for something that provides a divine doctrine that is of interest to some American. Stanley Fish wrote a book called How Milton Works that describes some of the lines in a masque called Comus written in strange political circumstances, possibly before anyone thought of John Milton as a famous poet. Fish wants Americans to believe that Milton was serious about divine doctrine, and, please, do not think that Milton was of the devil's party without knowing it, as William Blake thought. Blake wrote a long poem called Milton. Blake considered Milton a great poet, but a hundred years after the death of Milton, Blake wanted to quote him saying:
I go to eternal death.

Página 3 - Yet some there be that, by due steps, aspire To lay their just hands on that golden key That opes the palace of eternity. To such my errand is...
Aparece en 414 libros desde 1747-2008
Página 6 - The star that bids the shepherd fold Now the top of heaven doth hold ; And the gilded car of day His glowing axle doth allay In the steep Atlantic stream ; And the slope sun his upward beam Shoots against the dusky pole ; Pacing toward the other goal Of his chamber in the east.
Aparece en 456 libros desde 1707-2008
Más
Página 16 - Virtue could see to do what Virtue would By her own radiant light, though sun and moon Were in the flat sea sunk.
Aparece en 442 libros desde 1707-2008
Página 4 - Imperial rule of all the sea-girt isles That, like to rich and various gems, inlay The unadorned bosom of the deep...
Aparece en 352 libros desde 1705-2008
Página 16 - He that has light within his own clear breast May sit i' the centre, and enjoy bright day ; But he that hides a dark soul and foul thoughts Benighted walks under the mid-day sun ; Himself is his own dungeon.
Aparece en 665 libros desde 1710-2008
Página 30 - Impostor ! do not charge most innocent Nature, As if she would her children should be riotous With her abundance. She, good cateress, Means her provision only to the good, That live according to her sober laws, And holy dictate of spare Temperance.
Aparece en 440 libros desde 1705-2008
Página 34 - By hoary Nereus' wrinkled look, And the Carpathian wizard's hook ; By scaly Triton's winding shell, And old soothsaying Glaucus' spell ; By Leucothea's lovely hands, And her son that rules the strands ; By Thetis...
Aparece en 344 libros desde 1705-2008
Página 10 - Why shouldst thou, but for some felonious end, In thy dark lantern thus close up the stars That Nature hung in heaven, and filled their lamps With everlasting oil to give due light To the misled and lonely traveller?
Aparece en 338 libros desde 1705-2008
Página 2 - Think not but that I know these things, or think I know them not ; not therefore am I short Of knowing what I ought : he, who receives Light from above, from the Fountain of Light, No other doctrine needs, though granted true ; 290 But these are false, or little else but dreams, Conjectures, fancies, built on nothing firm.
Aparece en 328 libros desde 1707-2007
Página 10 - What might this be ? A thousand fantasies Begin to throng into my memory, Of calling shapes, and beckoning shadows dire, And airy tongues that syllable men's names On sands and shores and desert wildernesses.
Aparece en 595 libros desde 1788-2008
Menos 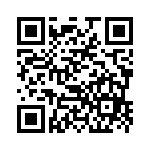