PROFESSING FEMINISM: Cautionary Tales from Inside the Strange World of Women's Studies

Dismayed by what they claim are the dogmatic methods inherent in many women's studies programs, Patai and Koertge, two feminist academics, urgently call for introspection and reform. Recounting the ... Leer reseńa completa

Noretta Koertge is Professor of History and Philosophy of Science at Indiana University. 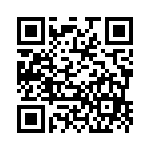