Página 100
The labor movement, Chicano political activists, farm labor unions, churchmen,
liberals and other supporters of the farm workers combined to put sufficient
pressure on Congress, which ultimately ordered termination of the braceros by ...
Página 136
From almost the first day of the stike, civil rights activists from the Congress of
Racial Equality (CORE), the Student Non-violent Coordinating Committee (SNCC
), the California Migrant Ministry, and militant trade unionists and activists in the ...
Página 140
In response to frantic appeals from long-time activists such as Wendy Goepel,
Bob Fisher and Bob Solodow came from Los ... Eugene Nelson came as a picket-
line activist, was among those beaten on the line, and wrote his book, Huelga, ... 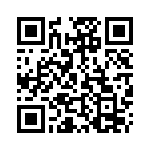