Pįgina
Additions are sometimes made to those notes , where further explanations , of a nature suitable to the English reader , seemed to be required . 8. The marginal references are adapted and abridged from those found in our ordinary English ...
Pįgina
8 ) , so wonderful in him , is that of all Catholic Christians : that the powers of Nature serve the Son of God , as servants their master . 23. Widely different however from any expression of rationalistic opinion 5 ] CHAPTER .
Pįgina
... men : nor can I find any such theory borne out by the nature of the variations apparent in the respective texts . SECTION III . THE ORIGIN OF OUR THREE GOSPELS . 11 ] § 11. ] INDEPENDENCE OF ONE ANOTHER . [ INTRODUCTION.
Pįgina
The circumstances and nature of our Lord's discourses must be taken into account . Judging ą priori , the probability is , that He repeated most of His important sayings many times over , with more or less variation , to different ...
Pįgina
The precise order of His appearances would naturally , from the overwhelming nature of their present emotions , be a matter of minor consequence , and perhaps not even of accurate enquiry till some time had passed .
Siguiente »

Pįgina 372 - But I will forewarn you whom ye shall fear: Fear him, which after he hath killed hath power to cast into hell ; yea, I say unto you, Fear him.
Aparece en 778 libros desde 1755-2008
Pįgina 37 - Therefore when thou doest thine alms, do not sound a trumpet before thee, as the hypocrites do in the synagogues and in the streets, that they may have glory of men. Verily I say unto you, They have their reward.
Aparece en 1049 libros desde 1735-2008
Mįs
Pįgina 8 - And thou Bethlehem, in the land of Juda, art not the least among the princes of Juda : for out of thee shall come a Governor, that shall rule my people Israel.
Aparece en 635 libros desde 1755-2008
Pįgina 86 - Behold my servant, whom I have chosen ; my beloved, in whom my soul is well pleased : I will put my Spirit upon him, and he shall shew judgment to the Gentiles.
Aparece en 667 libros desde 1755-2008
Pįgina 319 - And rose up, and thrust him out of the city, and led him unto the brow of the hill whereon their city was built, that they might cast him down headlong.
Aparece en 603 libros desde 1721-2007
Pįgina 260 - Then Peter began to say unto him, Lo, we have left all, and have followed thee. 29 And Jesus answered and said, Verily I say unto you, There is no man that hath left house, or brethren, or sisters, or father, or mother, or wife, or children, or lands, for my sake, and the gospel's...
Aparece en 876 libros desde 1714-2008
Pįgina 286 - And he saith unto them, Be not affrighted : Ye seek Jesus of Nazareth, which was crucified : he is risen ; he is not here : behold the place where they laid him. 7 But go your way, tell his disciples and Peter that he goeth before you into Galilee: there shall ye see him, as he said unto you.
Aparece en 596 libros desde 1747-2007
Pįgina 9 - And, when they were come into the house, they saw the young child, with Mary his mother, and fell down and worshipped him: and, when they had opened their treasures, they presented unto him gifts ; gold, and frankincense, and myrrh.
Aparece en 1184 libros desde 1755-2008
Pįgina 392 - What man of you, having an hundred sheep, if he lose one of them, doth not leave the ninety and nine in the wilderness, and go after that which is lost, until he find it ? And when he hath found it, he layeth it on his shoulders, rejoicing.
Aparece en 1032 libros desde 1755-2008
Pįgina 312 - John answered, saying unto them all, I indeed baptize you with water : but one mightier than I cometh, the latchet of whose shoes I am not worthy to unloose : he shall baptize you with the Holy Ghost, and with fire...
Aparece en 596 libros desde 1802-2008
Menos 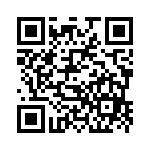