How anticolonial consciousness grew in China, Japan, Iran, Afghanistan, and other Asian/Middle Eastern areas both before and after WWI. Leer comentario completo

A little history is a dangerous thing. One of the reasons I have never liked reading history is that I discovered written history often has pieces that are missing that can change one’s understanding ... Leer comentario completo

Pankaj Mishra was born in India in 1969 and lives in London and Mashobra, India. The author of An End to Suffering (FSG, 2004) and Temptations of the West (FSG, 2006), as well as a novel, The Romantics, he writes for The New Yorker, The New York Review of Books, The New York Times Book Review, and The Guardian. 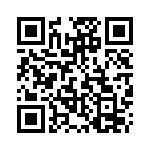