Audio Version - Very well read/narrated. For such a time as this.... While some descriptions could have been left out, the overall book is an eye opener as to what might be in the future....and not so distant... Leer comentario completo

I know I read this as a teenager but I don't remember it. World-building is great obvs, but there are so many nit-picky things that bugged me about pacing and flow. Leer comentario completo

George Orwell (pseudonym), was an India-born British author that lived between 1903 and 1950. He is the author of a number of books, essays and poems. Although a left-wing liberal he has reached a world-wide fame through his two novels Animal Farm and Nineteen Eighty-Four, both of which decry the Soviet-style totalitarian communism progressing during and after the second world-war. 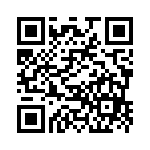