Renewing the Covenant: A Kabbalistic Guide to Jewish Spirituality

erable tradition of the Kabbalah into "a practice suitable to the Aquarian Age now before us." Mystical adepts and beginners alike should enjoy Leet's advice about the meaning and strength of prayer ... Leer comentario completo

Leonora Leet received her Ph.D. from Yale University in 1960 and was a Professor of English at St. John's University. The author of Elizabethan Love Tragedy and many other scholarly works, she was engaged from 1978 until her death in 2004 in a massive reinterpretation of the Kabbalah. Her books on the Kabbalah are Renewing the Covenant, The Secret Doctrine of the Kabbalah, The Kabbalah of the Soul, and The Universal Kabbalah. 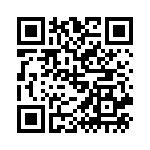