HOW TO THINK ABOUT THE GREAT IDEAS: From the Great Books of Western Civilization

This collection of transcripts from a 50-year-old educational TV series has its creaky moments, but overall it is surprisingly fresh, containing much sound thinking on a variety of philosophical ... Leer comentario completo

Born in New York, Mortimer Adler was educated at Columbia University. Later as a philosophy instructor there, he taught in a program focused on the intellectual foundations of Western civilization. Called to the University of Chicago in 1927 by President Robert Maynard Hutchins, Adler played a major role in renovating the undergraduate curriculum to center on the "great books." His philosophical interests committed to the dialectical method crystallized in a defense of neo-Thomism, but he never strayed far from concerns with education and other vital public issues. From 1942 to 1945, Adler was director of the Institute for Philosophical Research, based in San Francisco, California. Beginning in 1945 he served as associate editor of Great Books of the Western World series, and in 1952 he published Syntopicon, an analytic index of the great ideas in the great books. In 1966 he became director of the editorial planning for the fifteen edition of the Encyclopaedia Britannica, and in 1974, chairman of its editorial board. Adler has been devoted in recent years to expounding his interpretations of selected great ideas and to advocating his Paideia Proposal. That proposal would require that all students receive the same quantity and quality of education, which would concentrate on the study of the great ideas expressed in the great books, a study conducted by means of the dialectical method. Mortimer J. Adler died June 28, 2001 at his home in San Mateo, California at the age of 98. 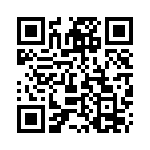