Wilkins has written a wonderful book about the founding generation. He struggles trying to balance the acheivements and failures of their public and private lives. It is wonderful to witness his passion and prudence in coming to his conclusion. I really enjoyed the book and think it a valuable resource to anyone who is grappling with the idea of slavery and the founders.

Roger Wilkins, currently the Clarence J. Robinson Professor of History at George Mason University, was cited in the 1972 Pulitzer Prize award to The Washington Post for his coverage of Watergate. He serves on the school board of the District of Columbia and lives in Washington, D.C. 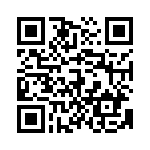