Parts of this book were very well done, parts were dated and/or downright silly. The best section was the historical overview of suicide and the last portion of the book relating to the anguish of survivors. Leer comentario completo

November of the soul: the enigma of suicide

Though the adolescent suicide rate has fallen since 1991, 87 Americans still kill themselves on an average day. Such sobering statistics form the basis of this well-researched, readable, and even ... Leer comentario completo 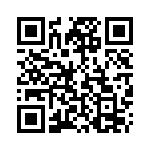