THE CULTIVATION OF HATRED

With sweep, erudition, and insight, Gay (History/Yale Reading Freud, 1990, etc.), in this third volume of a projected five-book history of middle-class culture in 19th-century Europe and America (The ... Leer comentario completo

The cultivation of hatred

This third installment in Gay's (history, Yale) magisterial "Bourgeois Experience'' series lives up to expectations. While the earlier installments, The Education of the Senses (OUP, 1984) and The ... Leer comentario completo

Peter Gay (1923—2015) was the author of more than twenty-five books, including the National Book Award winner The Enlightenment, the best-selling Weimar Culture, and the widely translated Freud: A Life for Our Time. 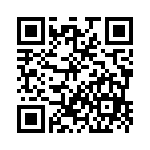