The demise of academic ethnology is almost as great an enigma as the survival of the criteria that doomed it to extinction. Dependent on the resources of geography, history, and linguistics (but not anthropology, which scarcely existed during its golden age), it caps their findings even more than such disciplines as economics, political science, sociology, and psychology do theirs. One of ethnology's greatest values, is how it demonstrates where the "feeding" disciplines must focus their research. For this reason alone, its demise is to be greatly lamented.
I confess that I had never read or heard of Robert Gordon Latham until I began to read his works on line. I was familiar with the saints and demons of ethnology -- e.g., Boas vs. HS Chamberlain and the Lost Tribes weirdos -- but without living voices in academia, I was in free-fall.
Latham's mastery of so many disciplines, or at least his amazing ability to criticize their findings, is awesome. His style is fluent and enjoyable, and his findings and clarifications are amazing. His whole approach, objectivity, and clarity are models for the academic. He is the Tesler of the Social Sciences. If his works were in Hitler's library early enough, the world might be far different today.
Certainly if Google Books had been available!
Consider this concluding deduction:
"The conditions which are least favourable (sic) for a prominent place in the world's history are the best for the preservation of old characters. The purest populations in Europe are the Basques, the Lappes (sic), the Poles, and the Frisians; yet who can predicate any important character common to them all?
"To attribute national aptitudes and inaptitudes (sic) or national predilections and antipathies to the unknown influences of blood, as long as the patent facts of history and external circumstances remain unexhausted (sic), is to cut the Gordian Knot rather than to unite it. That there is something in pedigree is probable; but, in the mind of the analytical (sic) ethnologist, this something is much nearer to nothing than to everything." 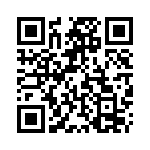