Página 9
I EVANGELICAL RELIGION AND LITERATURE Why has evangelical religion fared so badly in English literature ? ... The readiest example of it , and the largest , is the way that the great religious movements of the seventeenth and eighteenth ...
Página 16
John Foster realized it , and in his famous essay , On the Aversion of Men of Taste to Evangelical Religion , he pleaded for the ... For there is a religious jargon , in every age , which is merely ugly , and does nothing but harm .
Página 19
Milton , Cowper , and Young were allowed , because the subjects of their poems were biblical , or because the tone of most of their verse was religious . And there , or thereabouts , ran the boundary . Everything else was suspect ... 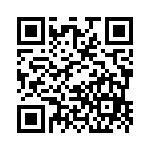