Axel Klein is a researcher and project consultant with a long standing commitment to drug policy reform. Axel has headed the research and international units at DrugScope and been a trustee for Transform, two UK NGOs. is publications include The Khat Controversy: Stimulating the Debate on Drugs (2007), Caribbean Drugs: From Criminalization to Harm Reduction (2004), and Drugs and the World (2009). More recently Axel has published on cannabis cultivation and the anthropology of drugs. He has been the editor of journal Drugs and Alcohol Today since 2007. Blaine Stothard is an educationalist and prevention specialist who came to drug policy through an advisory role in a London LEA at the time of the UK’s first national drug policy. He was active in the Healthy Schools programmes from 1998 to 2010 as an independent consultant, has worked on related policy development and implementation in the UK and Eastern Europe and was the external consultant for the Moscow-based schools drug education programme run by Project HOPE from 1998 to 2006. He has been the co-editor of Drugs and Alcohol Today since 2014. 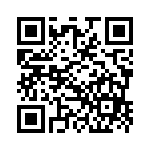