Born in Leeds, England, Joseph Priestley received an education for the dissenting ministry. However, throughout his life, his religious views were far more liberal than those of his fellows, and part of the time he earned his living as a schoolmaster, and later, as the librarian for Sir William Petty, the second Earl of Shelbourne. During those six years, Priestley systematically studied a variety of gases, including nitrogen oxides, ammonia, and oxygen. In 1774 he prepared and collected oxygen by heating mercuric oxide and collecting the gas over mercury. During separate experiments with mice and burning candles in closed systems, he noted that the "dephlogistonated air" or oxygen supported combustion and respiration better than air or nitrogen. Priestley was an amateur scientist; he focused much of his effort on the religious and political issues of late eighteenth-century England. During the Birmingham riots of 1791, he was a target of the mobs because of his liberal religious views. Finally, in 1794, he immigrated to the United States and for the last 10 years of his life lived in Northumberland, Pennsylvania. 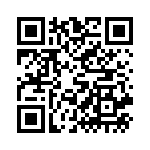