Tomie dePaola was born in Meriden, Connecticut on September 15, 1934. He received a B.F.A. from Pratt Institute in 1956, a M.F.A. from California College of Arts and Crafts in 1969, and a doctoral equivalency from Lone Mountain College in 1970. He has written and/or illustrated more than 270 books including 26 Fairmount Avenue, Strega Nona, Meet the Barkers, Nana Upstairs and Nana Downstairs, and Oliver Button Is a Sissy. He has received numerous awards for his work including the Caldecott Honor Award, the Newbery Honor Award and the New Hampshire Governor's Arts Award of Living Treasure. His murals and paintings can be seen in many churches and monasteries throughout New England. He has designed greeting cards, magazine and record album covers, and theater sets. His work is shown in galleries and museums. Tomie dePaola died on March 30, 2020 because of complications he had from surgery after a fall. 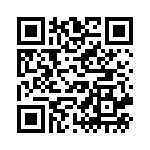