Página 54
L ' Allegro begins in darkness , associated with midnight , with Cerberus , the
watcher of Hades , with Styx , the river of Hades . There is a cave and an “
uncouth cell , " " low browed rocks ” and a raven , dark as the night it symbolizes .
There is ...
Página 71
The stage is dark or semi - dark when Comus and his rout appear ; part of the “
spectacle ” was the skillful use of torches in their “ light fantastic round , ”
emphasized by the light - dark imagery in Comus ' octosyllabic couplets ,
reminiscent of L ...
Página 346
A dark and troubled night indeed , which would have proved to another than
Christ " the dark night of the soul , ” Satan had hoped to produce . Yet through it ,
as Satan himself says , Christ remained “ unappalled in calm and sinless peace . 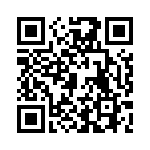