Pįgina 27 - Our detached and distant situation invites and enables us to pursue a different course. If we remain one people, under an efficient government, the period is not far off when we may defy material injury from external annoyance; when we may take such an attitude as will cause the neutrality, we may at any time resolve upon, to be scrupulously respected; when belligerent nations, under the impossibility of making acquisitions upon us, will not lightly hazard the giving us provocation; when we may choose...
Aparece en 802 libros desde 1789-2008
Pįgina 62 - ... supported me, and for the opportunities I have thence enjoyed of manifesting my inviolable attachment by services faithful and persevering though in usefulness unequal to my zeal.
Aparece en 442 libros desde 1800-2008
Mįs
Pįgina 26 - The considerations, which respect the right to hold this conduct, it is not necessary on this occasion to detail. I will only observe, that, according to my understanding of the matter, that right, so far from being denied by any of the Belligerent Powers, has been virtually admitted by all. The duty of holding a neutral conduct...
Aparece en 402 libros desde 1796-2006
Pįgina 110 - I behold the surest pledges, that as, on one side, no local prejudices or attachments, no separate views nor party animosities, will misdirect the comprehensive and equal eye which ought to watch over this great assemblage of communities and interests — so, on another, that the foundations of our national policy will be laid in the pure and immutable principles of private morality; and the pre-eminence of a free government be exemplified by all the attributes which can win the affections of its...
Aparece en 284 libros desde 1790-2008
Pįgina 24 - ... the preservation of the sacred fire of liberty, and the destiny of the republican model of government, are justly considered as deeply, perhaps as finally staked, on the experiment entrusted to the hands of the American people.
Aparece en 580 libros desde 1791-2008
Pįgina 57 - Though I am truly sensible of the high honor done me in this appointment, yet, I feel great distress from a consciousness, that my abilities and military experience may not be equal to the extensive and important trust...
Aparece en 244 libros desde 1776-2008
Pįgina 76 - Perhaps the strongest feature in his character was prudence, never acting until every circumstance, every consideration, was maturely weighed ; refraining if he saw a doubt, but, when once decided, going through with his purpose, whatever obstacles opposed. His integrity was most pure, his justice the most inflexible I have ever known, no motives of interest or consanguinity, of friendship or hatred, being able to bias his decision. He was, indeed, in every sense of the words, a wise, a good, and...
Aparece en 337 libros desde 1829-2008
Pįgina 29 - Observe good faith and justice towards all nations; cultivate peace and harmony with all. Religion and morality enjoin this conduct: and can it be that good policy does not equally enjoin it? It will be worthy of a free, enlightened, and at no distant period, a great nation, to give to mankind the magnanimous and too novel example of a people always guided by an exalted justice and benevolence.
Aparece en 630 libros desde 1800-2008
Menos

ETHAN FISHMAN is Professor of Political Science at the University of South Alabama.

WILLIAM D. PEDERSON is Professor and Chair of the Department of History and Social Sciences at Louisiana State University in Shreveport.

MARK J. ROZELL is Associate Professor of Politics at The Catholic University of America. 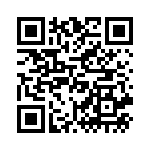