Página 68
She hath made me four - and - twenty nosegays for the shearers : three - man
song - men 10 all , and very good ones ; but they are most of them means 11 and
bases : but one Puritan amongst them , and he sings psalms to hornpipes .
Página 93
What course I mean to hold , Shall nothing benefit your knowledge , nor Concern
me the reporting . ... frame to serve my turn ; Save him from danger , do him love
and honour ; 57 Fancy here means love , as in other places already pointed out .
Página 162
... will dote : Spread o ' er the silver waves thy golden hairs ? , And as a bed 8 I ' ll
take thee , and there lie ; And , in that glorious supposition , think He gains by
death , that hath such means to die :Let love being light , be drowned if she sink 9
!
Página 211
The witches could not mean when the storm was done , but when the tumult of
the battle was over ; for they are to meet again in lightning , thunder , and rain :
their element was a storm . Thus in Arthur Wilson ' s History of James I . p .
Página 340
26 i . e . he is accounted but a mean man , in the present age , who does not
show by his dress , deportment , and talk , that he has travelled and made
observations in foreign countries . 27 Shakspeare probably meant to insinuate
that a ...
Siguiente » 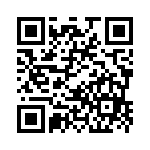