Página 85
The other shape , If shape it might be called that shape had none Distinguishable in member , joint , or limb , Or substance might be called that shadow seemed , For each seemed either ; black it stood as night , Fierce as ten Furies ...
Página 181
The measure of verse used in the chorus is of all sorts , called by the Greeks monostrophic , or rather apolelymenon , without regard had to strophe , antistrophe or epode , which were a kind of stanzas framed only for the music ...
Página 229
Delphi , site of Apollo's oracle , was generally called Delphos in the period , though the two places were not confused . 1. 186. genius : the genius loci , guardian spirit of a place ; cf. Lycidas , 1 . 183 7 l .

Recently, I read PL during my morning walks. Often aloud, it went surprisingly fast--about half a book per day, completed in a month. Of course, so many of the allusions, even with good footnotes and ... Leer comentario completo

The texts in this book form a central part of my dissertation so my copy is very well-thumbed! It's great for students like myself as there's room for annotations etc. and has informative footnotes ... Leer comentario completo 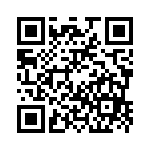