Anthony F. Aveni is the Russell B. Colgate Professor of Astronomy and Anthropology at Colgate University in New York. 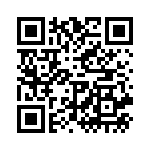