Julian Hawthorne was born on June 22, 1846. He was an American writer and journalist, the son of novelist Nathaniel Hawthorne and Sophia Peabody. He wrote numerous poems, novels, short stories, mystery/detective fiction, essays, travel books, biographies and histories. Hawthorne entered Harvard in 1863, but did not graduate. He studied civil engineering in America and Germany and was engineer in the New York City Dock Department. He spent 10 years abroad, and on his return edited his father's unfinished Dr. Grimshawe's Secret (1883). While in Europe he wrote the novels: Bressant (1873); Idolatry (1874); Garth (1874); Archibald Malmaison (1879); and Sebastian Strome (1880). Hawthorne also wrote a critique of his father's novel The Scarlet Letter that was published in The Atlantic Monthly in April 1886. He died in 1934 at age 88. 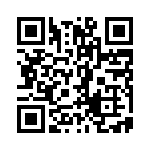