here we found information about CENTROID and some functionalities of MEAD. 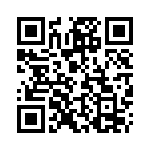