Pauli Murray (1910-1985) was a civil rights activist, writer, lawyer, educator, and one of the first women to be ordained to the priesthood of the Episcopal Church. Davison M. Douglas is a professor of law at the William and Mary School of Law. 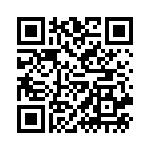