John W. Eubank was born in a small town in Virginia on August 19, 1922. He spent most of his childhood years in Radford, VA before moving to Buchanan, VA where he spent the majority of his life. He served in the Army in the European theater during World War II. John was married to his lovely wife Hilda for 56 years and they had three wonderful children and five grandchildren. It was Hilda who got John interested in Bible study and persuaded him to delve into the scriptures deeper than the average person. John published his first book, Secrets of the Bible: Unlocked, at the age of 84. 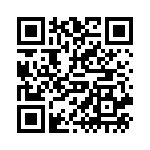