Pįgina 559
The great Government bond issue of 1877 , by which the bankers made colossal profits , followed Sherman's appointment . Before , however , referring to this memorable sell - out , it will be well to give a passing glimpse of Morgan's ...
Pįgina 578
When , by reason of some cause or other , this reserve was depleted the Government was compelled to issue bonds to replenish it . ... bankers definitely and deliberately forced the United States Government to put out these bond issues .
Pįgina 580
The contract with the Government entirely dictated by the bankers , headed by Morgan , gave the syndicate , furthermore , an option on all bond issues up to October 1 , following , and allowed it to choose its own time to deliver ... 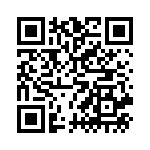