Pįgina 209 - So we'll go no more a roving So late into the night, Though the heart be still as loving, And the moon be still as bright. For the sword outwears its sheath, And the soul wears out the breast, And the heart must pause to breathe, And love itself have rest. Though the night was made for loving, And the day returns too soon, Yet we'll go no more a roving By the light of the moon.
Aparece en 418 libros desde 1830-2007
Pįgina 20 - Nazi rule, we shall not flag or fail, we shall go on to the end, we shall fight in France, we shall fight on the seas and oceans, we shall fight with growing confidence and growing strength in the air, we shall defend our island whatever the cost- may be, we shall fight on the beaches, we shall fight on the landing grounds, we shall fight in the fields and in the streets, we shall fight in the hills, we shall never surrender...
Aparece en 710 libros desde 1891-2008
Mįs
Pįgina 89 - THE woods decay, the woods decay and fall, The vapours weep their burthen to the ground, Man comes and tills the field and lies beneath, And after many a summer dies the swan.
Aparece en 405 libros desde 1864-2008
Pįgina 187 - Lag of a brother? Why bastard? Wherefore base? When my dimensions are as well compact, My mind as generous, and my shape as true, As honest madam's issue? Why brand they us With base? with baseness? bastardy? base, base? Who, in the lusty stealth of nature, take More composition and fierce quality Than doth, within a dull, stale, tired bed, Go to th' creating a whole tribe of fops Got 'tween asleep and wake?
Aparece en 245 libros desde 1766-2008
Pįgina 89 - BURY the Great Duke With an empire's lamentation, Let us bury the Great Duke To the noise of the mourning of a mighty (nation, Mourning when their leaders fall, Warriors carry the warrior's pall, And sorrow darkens hamlet and hall.
Aparece en 256 libros desde 1829-2007
Pįgina 20 - ... we shall never surrender, and even if, which I do not for a moment believe, this island or a large part of it were subjugated and starving, then our Empire beyond the seas, armed and guarded by the British fleet, would carry on the struggle, until, in God's good time, the New World, with all its power and might, steps forth to the rescue and liberation of the Old.
Aparece en 230 libros desde 1908-2008
Pįgina 45 - They tried to tell us we're too young, Too young to really be in love.
Aparece en 21 libros desde 1939-2006
Pįgina 116 - And as a recall to a due sense of differences it is well to start by distinguishing the few really great — the major novelists who count in the same way as the major poets, in the sense that they not only change the possibilities of the art for practitioners and readers, but that they are significant in terms of that human awareness they promote; awareness of the possibilities of life.21 The influence of DH Lawrence's criticism is apparent here in examining literature in terms of the "possibilities...
Aparece en 30 libros desde 1948-2003
Pįgina 89 - ... thighs caressed By the dark webs, her nape caught in his bill, He holds her helpless breast upon his breast. How can those terrified vague fingers push The feathered glory from her loosening thighs? And how can body, laid in that white rush, But feel the strange heart beating where it lies? A shudder in the loins engenders there The broken wall, the burning roof and tower And Agamemnon dead.
Aparece en 432 libros desde 1892-2008
Menos

CELIA MORRIS is the author of Storming the Statehouse: Running for Governor with Ann Richards and Dianne Feinstein; Fanny Wright: Rebel in America; and Bearing Witness: Sexual Harrassment and Beyond--Everywoman's Story. She lives in Washington, D.C. 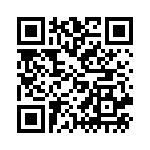